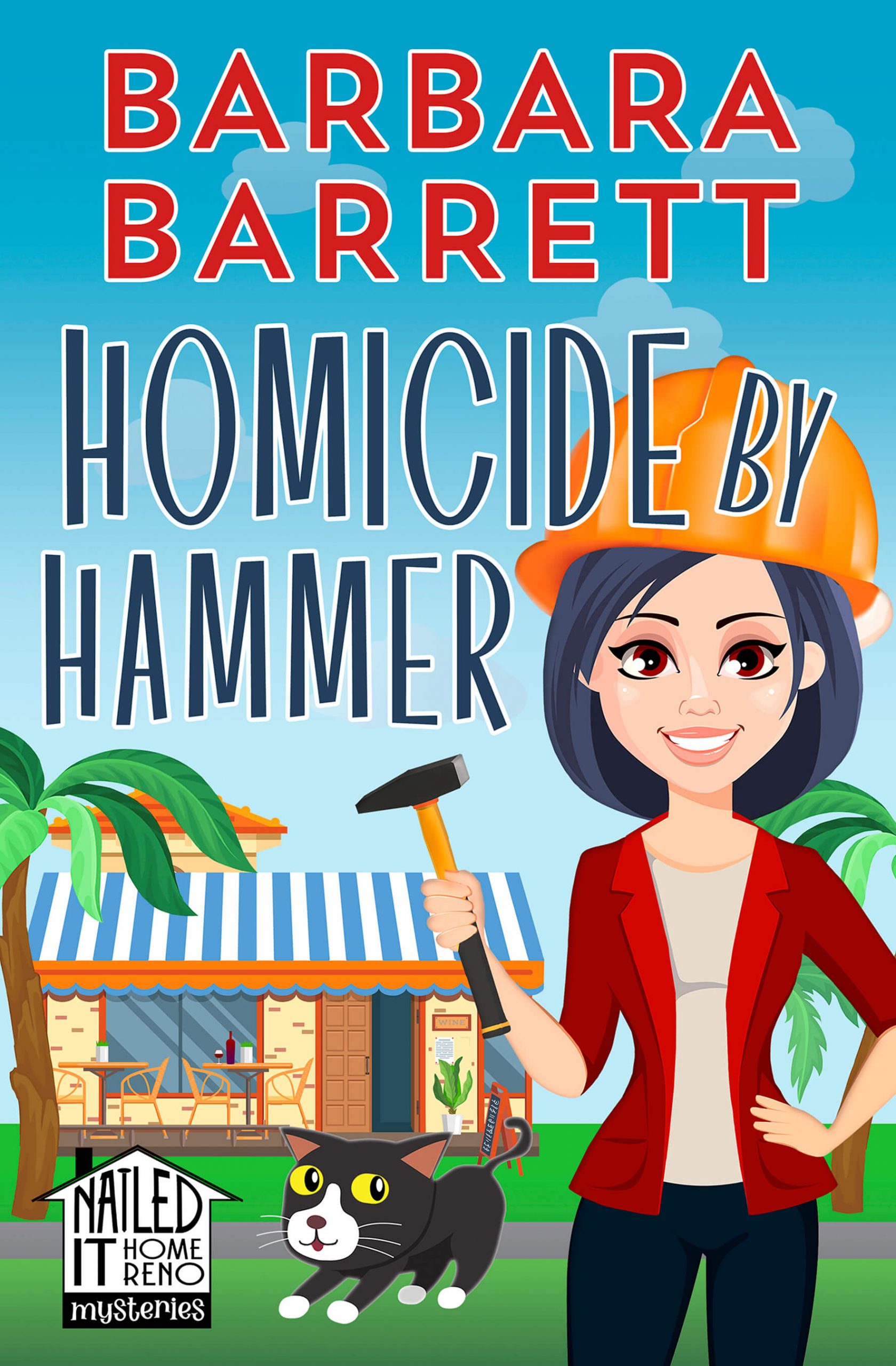 Rowena Summerfield is so close to finishing the renovation of boyfriend Chuck’s wine bar, she
can practically taste the champagne. But the project she’s doing with her daughter and partner in
Nailed It Home Renos screeches to a halt when murder claims the brother of the wine consultant.

Once again, the Shasta Police Department drafts Ro to return to her role as a homicide detective
and help her old partner Herc find the killer. But uncorking the mystery proves challenging given
the small pool of suspects, most of them artists like the victim. Before Ro can sip success, she
must also deal with a missing-persons case—her construction supervisor’s sister—and sort out
her feelings for Chuck as their relationship warms up.

Why would someone want to murder a loner whose career was just beginning to soar? And why
would the benefactor who commissioned his new piece remain incognito? A palette of clues
obscures the meaning of the murder, and Ro and her friends will have to strip away perplexing
and dangerous layers to find the truth.
Rowena Summerfield is so close to finishing the renovation of boyfriend Chuck’s wine bar, she
can practically taste the champagne. But the project she’s doing with her daughter and partner in
Nailed It Home Renos screeches to a halt when murder claims the brother of the wine consultant.

Chuck waved away her offer. “Simply charge up your appetites. Dinner will be served shortly. Jim, if you wouldn’t mind seating the ladies, I’ll be right there with the first course.” Then he turned to me. “And Rowena, I’d appreciate your serving as hostess by lighting the candles.”

Maybe I wasn’t as far into the doghouse as I thought. He’d even called me his hostess. That was the first indication I had a part in these festivities instead of simply being a guest. It would’ve been nice if he’d thought to mention it sooner, but in all fairness, I should’ve shared my reservations about this gathering rather than show up expecting the worst. I still wasn’t sure if it was because I didn’t feel comfortable double-dating with my daughter and my sometimes boss or was something else threatening what should otherwise be a fun evening.

Lighting the candles may not have been the most important task, but it gave me something to show I was part of things in the Dawson sphere of hospitality.

The table setting was impeccable. True Chuck. Simple and elegant. Just right for an informal dinner party among friends. Chuck would sit at the head of the table with me at the other end and Val and Jim flanking each side. He’d chosen a set of blue and yellow dinnerware to keep things casual but had added a white linen tablecloth for a touch of formality. Two brass candlesticks took place of honor in the center. A lighter had been set next to my place setting, waiting for me to ignite the candles.

I made quick work of bringing a flame to the candle nearest me, but I couldn’t reach the one farther away from where I stood, so I slid over behind where Jim had just seated Val. Just as I leaned forward, Val flipped open her napkin and her arm jostled my arm. I lost my balance and fell face forward into the table and knocked over the lighted candle. In less than a second, the candle ignited the tablecloth.

Chuck’s lovely dinner party was going up in flames.