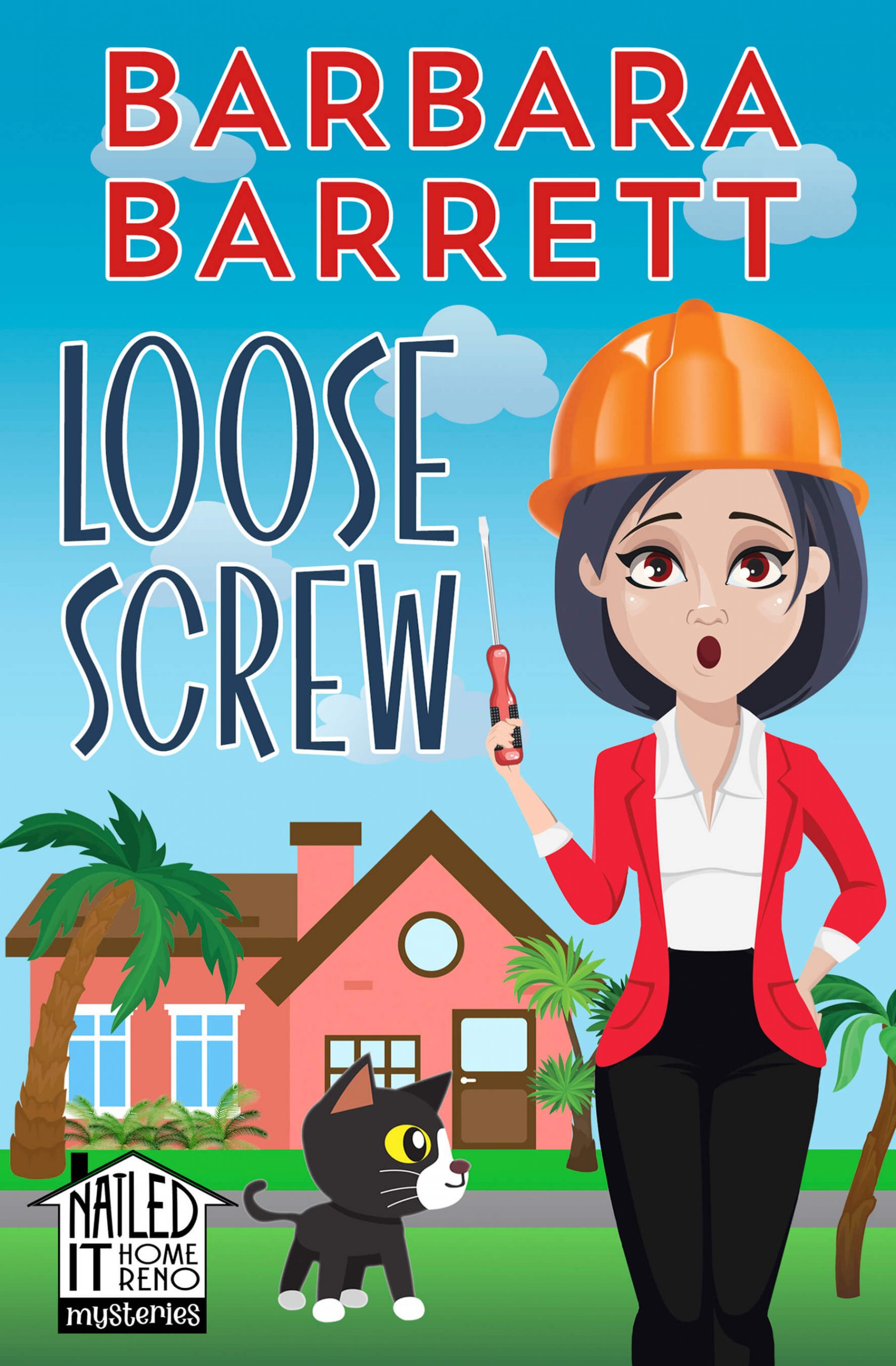 All Rowena Summerfield wants to do is finish her latest home renovation with her daughter, Valerie. And it seems like all building inspector Mortimer Fonseca wants to do is get in her way. His refusal to help Ro’s Nailed It company meet his impossible expectations has her fuming, and she’s not the only one — as she learns when Fonseca turns up dead, run over in a parking lot in the middle of the night.

His colleagues say he was a loose screw, even if he was wound too tight. But Ro and her former colleague on the police force, Detective Hercules Morgan, soon discover he was a lot more than that. And a lot of people might have wanted to wrench the life out of him, from disgruntled builders to his sneaky co-workers to a relative who stands to inherit everything.

The more Ro, Val and Herc interview suspects and other persons of interest, the less they are able to hammer down a motive. But as the case takes an unexpected turn and becomes doubly complex, can a voice from beyond the grave be just what they need to nail down the guilty party?

“You can’t be serious.” That was Val, screaming from her office.

Herc and I exchanged looks. Who was she talking to? Herc had been our only visitor so far this morning. And Val rarely raised her voice.

I sped to her office, Herc right behind me. “Val? Are you okay?” I called before getting there.

I found her facing off with a man I’d never seen before. He was medium height, balding, with tortoiseshell eyeglasses that only slightly covered his heavy, dark eyebrows.

“This is Mortimer Fonseddca,” she said to me and Herc.

“Fonseca,” the man said. I swear I saw him click his heels together as he corrected her.

“Mr. Fonseca?” I said by way of greeting and question about his purpose in being there.

“Mr. Fon-seca is with the city building inspection office. Apparently Murray Bendix has accepted a job in Orlando and Mr. Fonseca has taken over his assignments.”

The repressed anger underlying her tone told me this wasn’t good news.

I turned to Fonseca. “Are you here to discuss our proposed design plan for the home we’re renovating?”

One of his brows rose, like a caterpillar crawling above the eyeglass frame. “Discuss? Whatever gave you that impression? No, I’m here to tell you in person that I’ve disapproved your plan.”

“Disapproved?” How could he make his decision before we had a chance to respond to his concerns? I turned to Val.

“Yes, Mom, it appears that Mr. Fonseca here approaches his assignments from a somewhat different angle than his predecessor.”

“Bendix spent too much time holding you flippers’ hands. Terribly inefficient. Waste of the taxpayers’ money.”

This did not bode well. “We prefer to call ourselves home renovators.” I don’t know why I felt it necessary to correct him. He seemed to have his mind made up about everything already. What I really should’ve been doing was figuring out how to change that mind about our design plan.

He sniffed. He actually sniffed. “Whatever. As far as I’m concerned, home renovators is just a fancier term for flipping so you can ask more money from the unwitting stiffs who buy your properties.”

“Getting back to our design plan,” Val said in a reasonable voice I didn’t recognize. “What can we do to reverse your decision?”

“Nothing. My decisions are irreversible. You’ll have to submit a new proposal.”

“Proposal?” Val finished for me. “You can’t be serious. Just tell us what was lacking or what we have to change, and we’ll make the appropriate revisions.”

He shook his head. “Like I told you, my decision is irreversible. Can’t be done.”

My turn to finish for her. “Okay, let’s say we resubmit. What was it about the one you disapproved that we need to rectify?”

“My written rejection will cover the areas needing further attention or that have to be changed.” He acted like we were expecting him to part with a state secret.

“I’ve already gone out of my way to accommodate you by telling you this much in person.”

I’d dealt with citizens and suspects like him in the past, people who needed to hide behind the rules and regulations of their job to make themselves feel important. It was possible Val had found herself in the same position as Fonseca when she was manager of the bank’s loan department, but I doubted she saw the similarity now that she was on the other side of the desk, so to speak.

I wasn’t typically the diplomatic type, but in this instance, with Val becoming increasingly more frustrated, I had to step up and resolve this issue as best I could. “We appreciate your coming here in person, Mr. Fonseca. And we respect your right to do your job as you see fit, but since you’re here, perhaps we could save each other some time and further effort if you could at least suggest where we need to improve our plan.”

He opened his mouth to reply, then closed it.

“There are new requirements for siding. I suggest you review the state’s recent changes in that area.”

“Actually, I did,” I replied. “And so did my architect and structural engineer. We all agreed those only applied to new construction.”

He pushed his eyeglasses higher on his nose. “That’s correct, but new construction can also be interpreted as any instance of external change.”

“External? The only thing I can think of in our plan that might come close would be the changes to the front porch pillars. Surely those aren’t major enough to be considered external?”

He stared at me like he couldn’t believe I could be so obtuse.

I’d have to push to get a response. “Were the new pillars the reason?”

“Please, Mr. Fonseca. You can save us as well as yourself time if that’s the reason. And if not, give us a hint what else we’re missing.” I was almost begging. I didn’t like to beg. No one did. But I wanted to move this project along, even if it meant changes to the siding and thus extra expense.

He continued to stand there, saying nothing. The man was superciliousness personified. He appeared to be enjoying the seeming power he held over us. He pursed his lips, not quite ready to give up center stage. “Write this down, because I’ll only give it to you once. Review Chapter 128F, Section 6c of the city building code. If you can’t understand it, I’m sure your structural engineer can.”

He pivoted and strutted out of the room.

Herc spoke first as soon as our visitor was gone. Val and I were still in shock. “Was he for real? What a little martinet. Makes me wonder if we’re working for the same city.”