Thoughts from the Treadmill: Renaming Characters 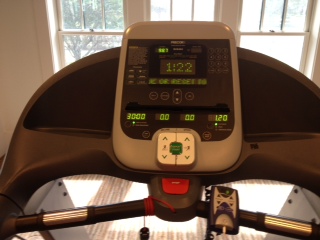 My first published book, The Sleepover Clause, was re-launched by The Wild Rose Press in December 2014. As I revised it, I decided to change the name of one of the characters. Actually, I changed two names. Here’s the background. This is the first book in The Matchmaking  Motor Coach series, which features three brothers who customize motor coaches, the McKennas. In this first book in the series, one of the brothers, Geoff, starts seeing a young woman named Peggy. That’s my sister’s name. Though she hasn’t admitted it, I think she was tickled to see her name in print. But as I’ve begun to outline the third book, tentatively titled, The Escape Clause, I realized that character might not continue as Geoff’s love interest in this book. In fact, Peggy might dump him. I didn’t want to do that to my sister, so in this revised version, I changed her name to Eileen. Only that wasn’t enough. I didn’t want to lose the name entirely, so old Peggy’s mother, Debbie, became the new Peggy. Imagine the “fun” I had doing a “find and replace” first for Peggy and making that Eileen and then for Debbie and making that Peggy. Not a process I’d recommend for any writer who wants to keep her  sanity. I think my editor and I caught all the necessary changes. What I failed to consider as I made this change was how this might confuse those who read the first version of this book as they move into Books 2 and 3, especially since they got used to thinking of Peggy in terms of being a girlfriend and now she’s the mother. That didn’t occur to me until I began the second book and had to make that change in my own head.

I got to wondering if anyone else ever renamed characters, and if they had, how they helped readers/viewers adjust and accept the decision. One example came to mind, that of the character of David Healy, Darlene’s boyfriend and later her husband, on “Roseanne.” In his first appearance on the show, his name was Kevin, although he referred to himself even then as a Healy, the brother of Darlene’s sister’s boyfriend, Mark. Sometime later, in his second appearance, he was called David, and kept that name thereafter. According to IMDb FAQs, the reason for the name change was that the actor who played Kevin/David, Johnny Galecki, now of my beloved “The Big Bang Theory,” was playing a character named David on another TV show at the time and rules then were that an actor couldn’t play characters of the same name at the same time. But since he was no longer in that role during his second appearance, Roseanne Barr chose to go back to the original name for the character, and that’s the name he kept. It is also reported that the show made a joke of it, sort of like they did with the revolving door actresses who played Becky. In one episode, Roseanne remarked,  “David’s not even his real name! Darlene made it up!” That’s how they treated the change; they acknowledged it with humor. This blog is my first step in acknowledging my own change. I’d love to hear your suggestions of other ways to inform my readers.

We use cookies on our website to give you the most relevant experience by remembering your preferences and repeat visits. By clicking “Accept”, you consent to the use of ALL the cookies.
Cookie settingsACCEPT
Manage consent

This website uses cookies to improve your experience while you navigate through the website. Out of these, the cookies that are categorized as necessary are stored on your browser as they are essential for the working of basic functionalities of the website. We also use third-party cookies that help us analyze and understand how you use this website. These cookies will be stored in your browser only with your consent. You also have the option to opt-out of these cookies. But opting out of some of these cookies may affect your browsing experience.
Necessary Always Enabled

Any cookies that may not be particularly necessary for the website to function and is used specifically to collect user personal data via analytics, ads, other embedded contents are termed as non-necessary cookies. It is mandatory to procure user consent prior to running these cookies on your website.