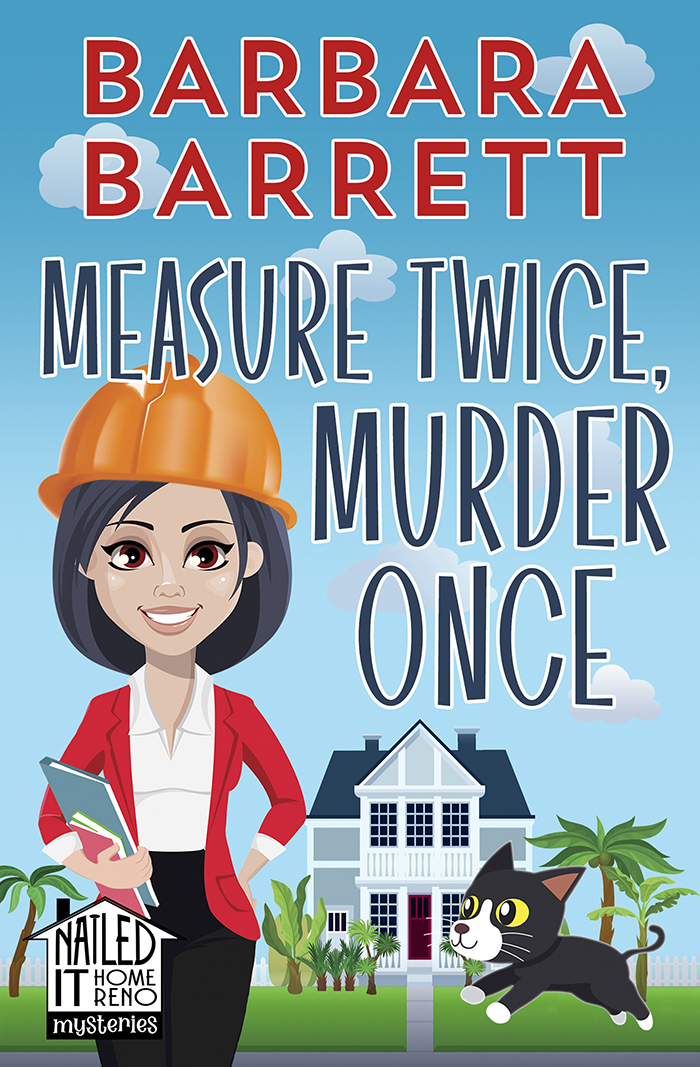 It’s bad enough when your business partner buys a property without consulting you, but when she accidentally acquires a brothel, it’s enough to make Rowena Summerfield want to throw away her hammer. Still, the house is a bargain, and maybe it’s just what Ro and her daughter need to turn around their home renovation business.

As Ro, a former homicide detective, comes to terms with the deal, she gets a shock when the former owner—and madam—turns up dead. Soon someone from Ro’s past shows up at the work site: her ex-partner, who needs a temporary sidekick to help him solve the case. Reviving their investigative team isn’t easy, especially when Herc gets jealous of the hunky deli owner who takes an interest in widow Rowena. Until now, she was fine with one man in her life—her cuddly cat, Jason.

Ro and Herc discover the previous residents of the house, including the victim’s daughter, have less than fond memories of their former boss. The bordello’s old customers have a lot to lose if their secrets surface, and the unhappy neighbors still bear a grudge. As the sleuths dig deeper, they unearth a flimsy foundation of anger, greed and fear framing the walls the suspects have built around themselves. Can Ro and Herc find the culprit before someone plays another deadly trick?

Even though the awning hung at a precarious angle, I could still envision how this place must have looked at one time. Then it hit me. “The only reason for that metal canopy is to block anyone in the rooms up on the second floor from gazing down here.”

Val studied the structure a bit longer. “That theory makes sense. But why?”

“Something was obviously happening in here that whoever occupied the above rooms wasn’t supposed to see.”

“Like what?” she asked. “Drug deals? Meetings with crooks?”

My imagination had been piqued. The old detective mentality emerged. Those two scenarios were possible, but why here? With so many rooms in the house, why not somewhere inside? Unless someone wanted to be outside but unseen? The naked sunbathing theory came close to answering the question, except for the awning. But the idea of nudity hung in my mind.

Then it hit me. Good grief, it couldn’t be. If I was right, no wonder the place had been such a bargain. How would Val’s reemerging hold up when I shared my suspicion?

Val noticed. “Mom? What are you thinking?”

I tried to dismiss her. I didn’t want her self-confidence to backtrack. “Never mind. It was a crazy thought.”

But Val wasn’t one to give up easily. “Try me. How crazy?”

I knew I couldn’t hold out on her. It would be easier to share what I suspected and for her to laugh it off than have her keep bugging me. “I need to read that abstract to confirm my theory, but all those tiny rooms throughout the house, the sickening smell, that disgusting wallpaper and now this private area—I think this place may not have been a family home at all. I think it served another purpose.”

“What?” By now she was almost screaming with curiosity.

“I, uh, think we’ve bought ourselves a brothel.”